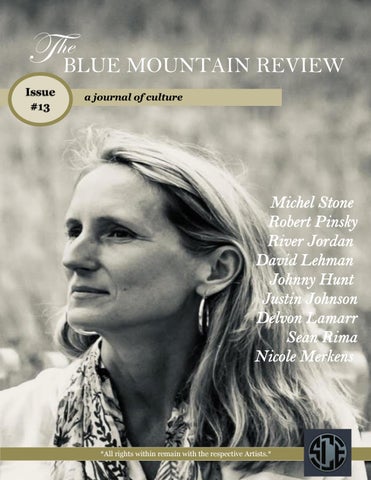 
Since my wife is British, and I lived in Europe for seven years, we were drawn to the idea of becoming a truly international family. One night, shortly after we brought him home, I went downstairs to watch TV. I was beat.

The Revolution Trilogy, by Rick Atkinson

Worn down. Totally drained. I cracked open a beer and flopped on the sofa. I used the remote to zap from one channel to the next.

I sat there and thought about my son sleeping upstairs. I thought about the events beyond his control that pulled him to America. I thought about his birth mother. I thought about how the Korean War had changed the direction of his ancestral country. I wondered how his great-grandparents had suffered in that civil war—a civil war that was fueled by the geopolitics of the Cold War. And as I continued to watch that episode, I began to wonder about the children in the camp.

What were their stories? What had happened to their parents? In fact, we traveled to Seoul earlier this year as a family in order to know the place better. We went to museums and temples and folk parks and backstreet restaurants. There is also no mention of the crippling poverty or the rapid rebuilding of Seoul after World War II or even the slightest nod to the influential Chosun dynasty, which existed for over half a millennia—in other words, there is no sense of a history that pre-dates the arrival of the th.

We know so little about the people we try to kill. Maybe not. But I do care. And so, because I love my son and his background, the world is framed differently. I was in the middle of season two when my son rumbled down the stairs. He flopped onto the sofa and stared at the characters in olive drab.

We sat in silence until one of the characters—Trapper—mentioned going down to Seoul. My wife and I decided that our son was a too young for the DMZ, so I went alone where I stood on a militarized observation deck and stared at the mountains of North Korea. I heard propaganda over a loudspeaker and wondered about the lives that were just beyond the minefields and razor wire. Maybe my son has blood relatives in North Korea?

We turned our attention back to the TV and watched the Swampmen hustle out of their tent to treat the freshly wounded. I grunted at the realization that I must have passed it on my way to the DMZ a few months ago. We trotted upstairs to his bedroom. I used the pointer of my finger to find Uijeongbu, which is now a city of , We stared at the gash of the DMZ slicing the peninsula in half. North and South. The 38th parallel. It could turn hot again at any moment if cooler heads do not prevail.

What started in is still with us, it still haunts us, and in many ways it, too, is still on rerun.

My son leaned into me and we stood there, together, looking at Korea. As far as we know, human beings are the only creatures that tell stories. Think about that for a minute. Let it sink in. For all we know, perhaps the reason for our existence is to tell stories. And oh, how we love to tell stories. This aspect of being human is so much a part of our daily lives that we rarely stop to think about it.

In a similar way, after a funeral, we gather in a church hall to remember the deceased and we resurrect them through words. We tune into ball games to see who will win and who will lose.

Who will be the hero? Who will be a villain? Who will lift the trophy? All too often, storytelling is seen as somehow frivolous and unnecessary when it comes to governmental funding. Stories, however, offer identity and moments of learning and national mythology. Of all the great scientific wonders that rise up from any given age—of all the political rulings and wars that make up the vast catalog of the human experience—what lasts are the stories that are created.

Put another way, what do you know about Elizabethan England? The same is true of Mark Twain and our understanding of the nineteenth-century. Or how about something more recent like the Vietnam War? What will last from our own time will not be the politics of the day or the grand technologies we invent; it will be the stories and our reactions to those things. If we want our voices to echo down through the ages, we need the humanities. Not only do the National Endowment for the Arts and the National Endowment for the Humanities offer vital support for literary artists today, but these institutions also invest in the future.

By supporting the creation and amplification of stories, we create time machines that allow future generations to understand our era better. Whenever I open a book by Charles Dickens, I float out of my body and I live, however temporarily, in London during the s. By supporting the South Dakota Humanities Council , we benefit from stories that make us learn and grow. For me, this is the magic of storytelling.

Words bring strangers together and this includes strangers who are separated by centuries. That is worth investing in. Stories offer us identity and hope. Stories help us to remember the past and imagine new futures.

The Last of the Great American Hobos

Stories make us human. Stories give us meaning. To cut funding is not only a denial of the essence of our species , but it erases our voice from the future. The work that the South Dakota Humanities Council does is as vital to life as those institutions that are charged with protecting the environment. Just as we need clean air and water to exist, we need the breath of story in our lungs.

It is the oxygen of our imagination. More specifically, my mother was born and raised in Northern Ireland.

The Last of the Great American Hobos | Arts & Culture | Smithsonian

Goodness knows the Irish stereotype has wormed its way deep into the fabric of our nation, and as immigrant groups go, being Irish is considered pretty cool. Just ask the huddled masses who stepped off their ships in Boston or New York in the s looking for work. Shopkeepers put out signs that said No Irish Need Apply. No, I want to talk about what happened in Northern Ireland between and For the better part of three decades in Northern Ireland, bullets were chambered.

Coffins were lowered. While there, I witnessed political violence, I got caught in riots, bomb scares, and I saw the aftermath of a murder. As I walked to the grocery store, it was common to be placed against a wall and frisked by British soldiers. So why am I telling you this when I really want to talk about what I see happening in the United States right now? As Northern Ireland smoldered with hatred during the Troubles, the world came to understand it as a fight between Catholics and Protestants. Republicans and Unionists fought over national identity, civil rights, voting regulations, housing, economic justice, and power.

Catholic and Protestant. Republican and Unionist. Such labels mattered. At one point in time, such labels made you dead. Smoke-signals are loud-mouthed compared with us Manoeuvrings to find out name and school, Subtle discrimination by addresses With hardly an exception to the rule. For the first time in years, I find myself doing this kind of thing again. Whenever I meet someone new, I speculate about their politics.

And as we skirt around niceties and talk about the weather, I find myself wondering: Republican or Democrat? Red or Blue? These labels come easily, but I have seen what labels can bring. They lifted their voices instead. They spoke up, and crossed political borders. On this particular St. His website is www. But before I was any of these things, I was a Rush fan.